How Smoking Weed Affects The Human Brain, Body, And Behavior

Marijuana is a psychotropic drug made of the dried leaves, stems, seeds, and flowers of the Cannabis sativa or Cannabis indica plant. It contains the mind-altering chemical Tetrahydrocannabinol (THC) and other similar compounds. Most people prefer to smoke marijuana using roll-your-own cigarettes (joints) or water pipes (bongs), but pot can also be vaporized (with a “smokeless” delivery system), eaten (“pot brownie”), or even brewed (such as a special tea). 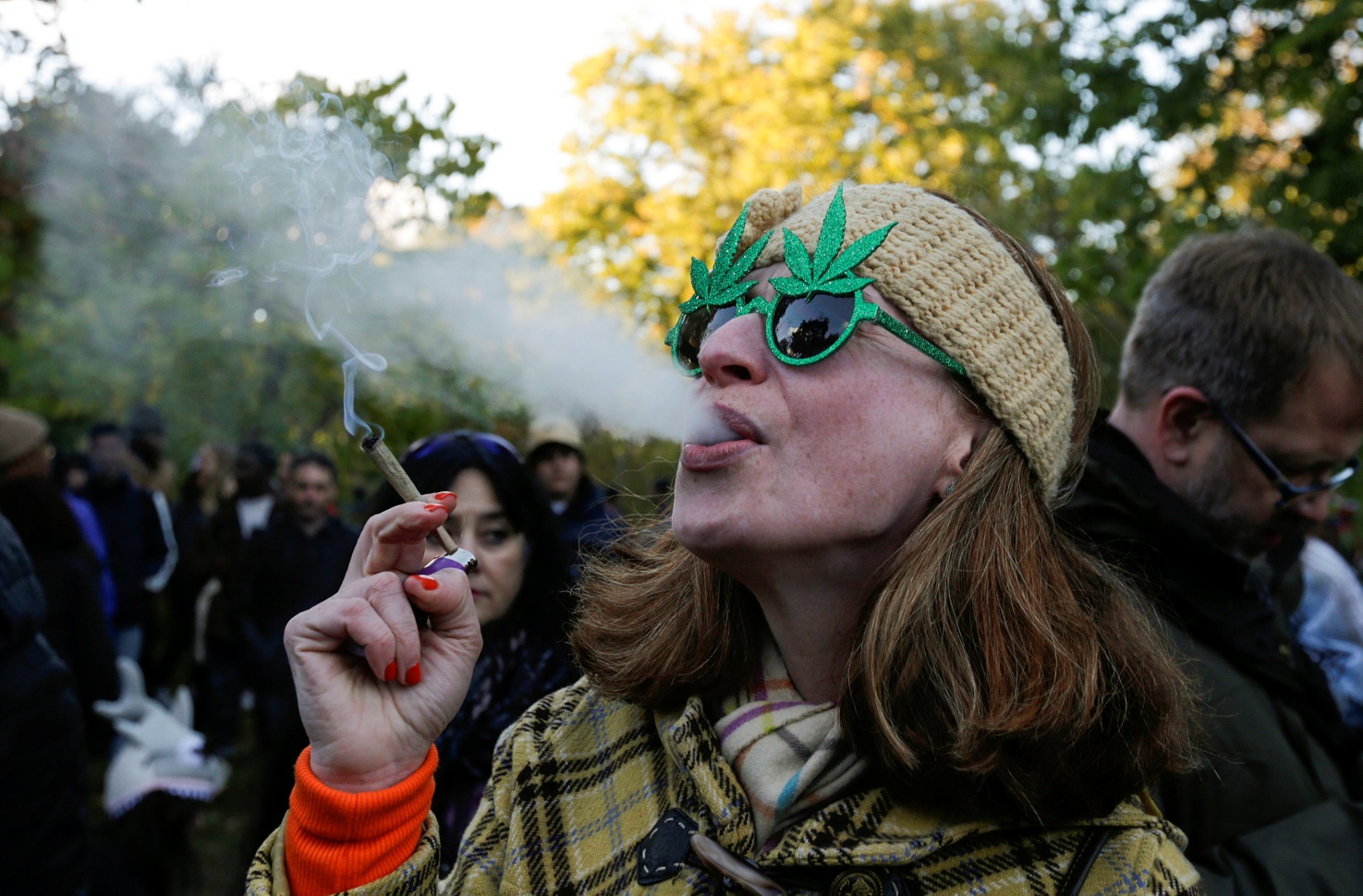 How Marijuana Affects The Brain

Smoking weed gives the user a feeling of euphoria by stimulating brain cells to release the chemical dopamine. THC activates the pleasure centers, which contain the highest number of specific brain cell receptors that usually react to natural THC-like chemicals. THC passes from the lungs into the bloodstream faster after smoking marijuana than after eating or drinking it. As a result, people will feel a high level of relaxation (a “high”).

Weed has both short- and long-term effects on the human brain. 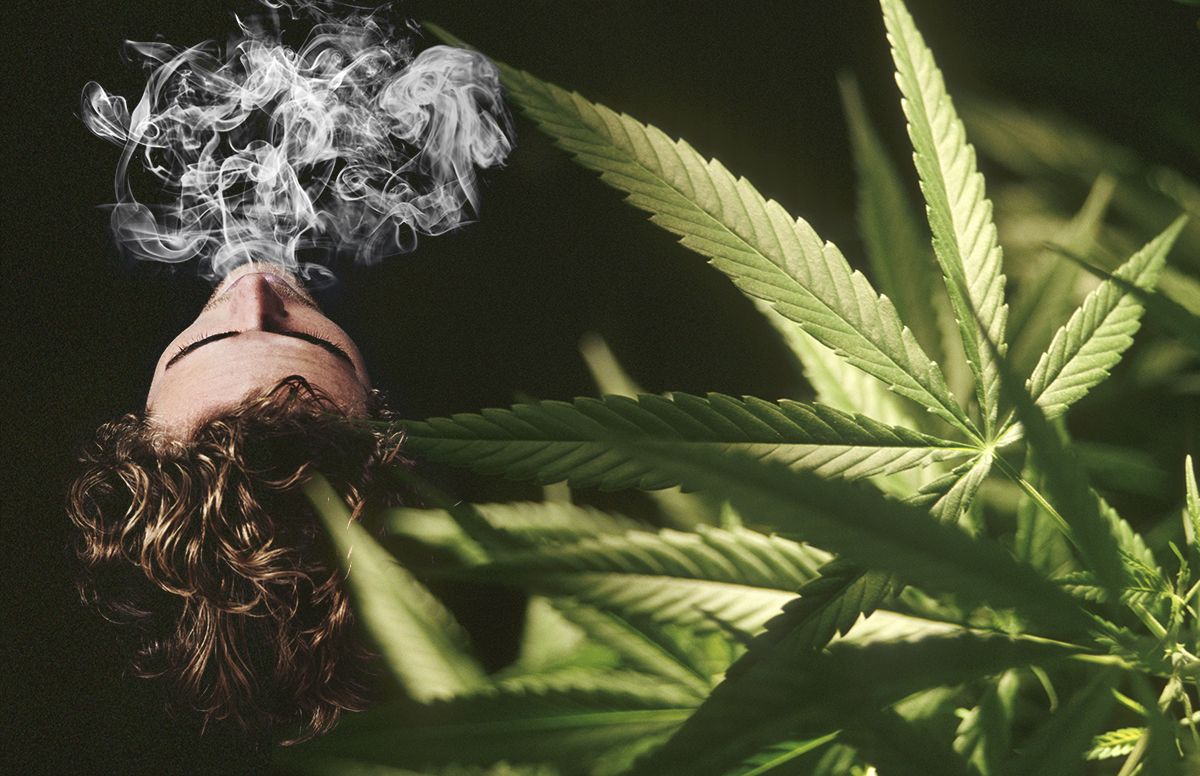 Short-Term Effects Of Marijuana On The Brain

People who have taken marijuana in high doses can experience paranoia (the form of anxiety with feelings of panic and fear) or an acute psychosis (a mental disorder which includes hallucinations, delusions, and loss of their identity and sense of themselves.) 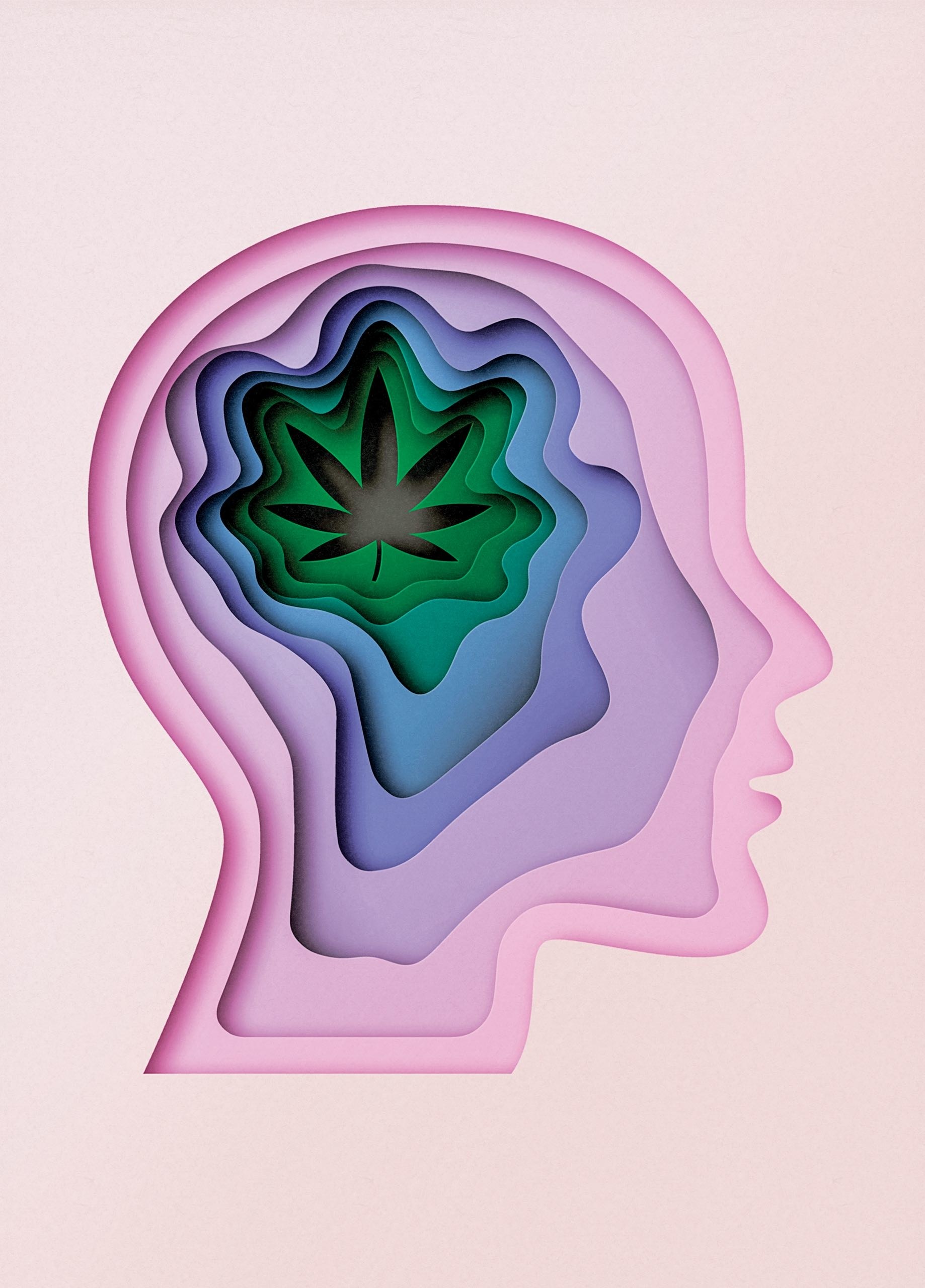 Long-Term Effects Of Marijuana On The Brain

Natural THC-like chemicals impact usual brain function and development. But if someone systematically smokes weed, thanks to mind-altering chemical THC, the normal development of the brain will be destroyed.

According to the National Institute on Drug Abuse (NIDA), “when people begin using marijuana as teenagers, the drug may impair thinking, memory, and learning functions and affect how the brain builds connections between the areas necessary for these functions.”

To overcome a drug addiction and start a drug-free life, a person can replace smoking pot with interesting hobbies and good habits. 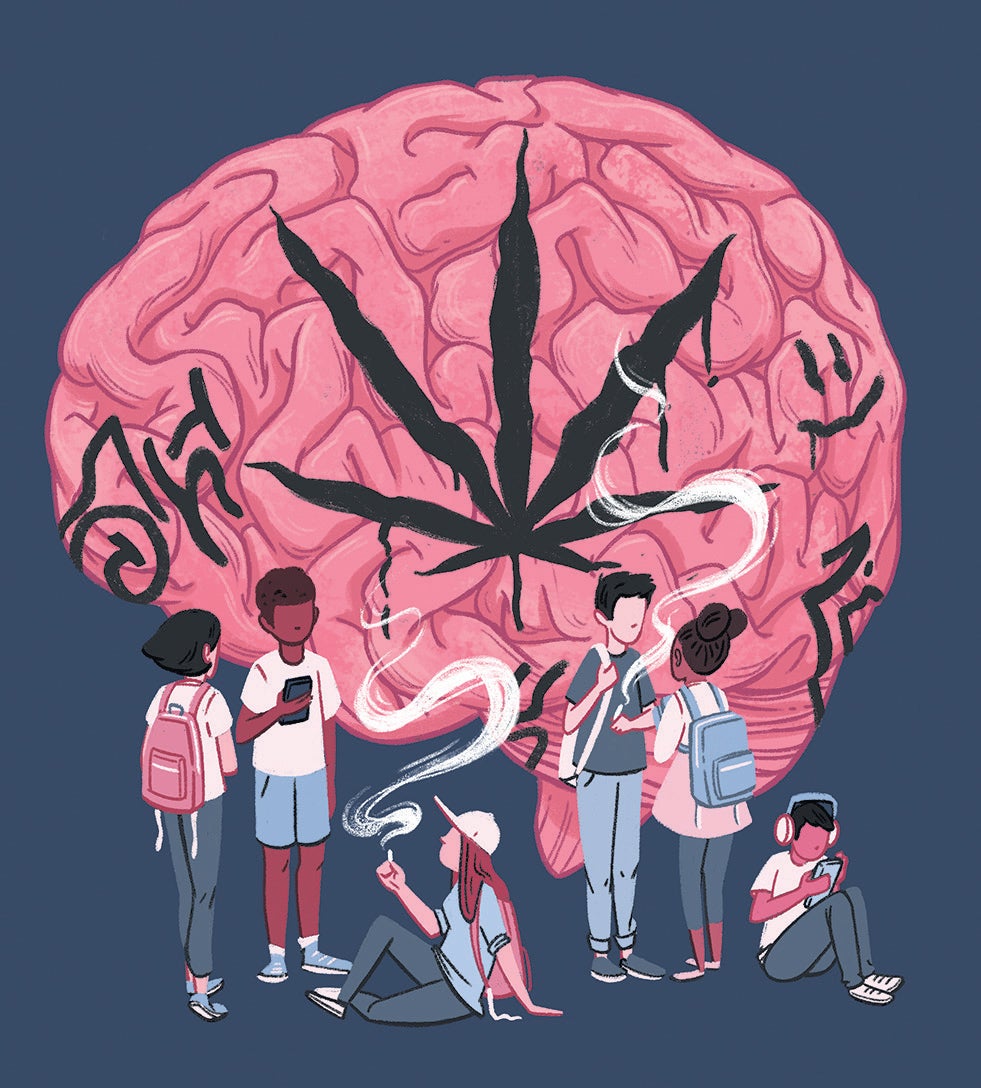 How Marijuana Affects The Body

Long-term smoking of cannabis products has a negative impact on the respiratory system, such as increasing the risk of developing lung cancer, bronchitis, and respiratory infections (pneumonia). Coughing and phlegm are breathing problems for drug-addicted people in daily life.

In 2017, the Einstein Medical Center in Philadelphia found that people addicted to marijuana were 26% more likely to have a stroke and 10% more likely can develop heart failure than those who did not use it.

According to NIDA, marijuana can raise the heart rate from 20% to 100% quickly after smoking and it can last up to three hours. This effect increases the risk of heart attack in the case of long-term marijuana smoking.

Besides heart and breathing difficulties, marijuana impacts other internal body organs and can cause problems with: 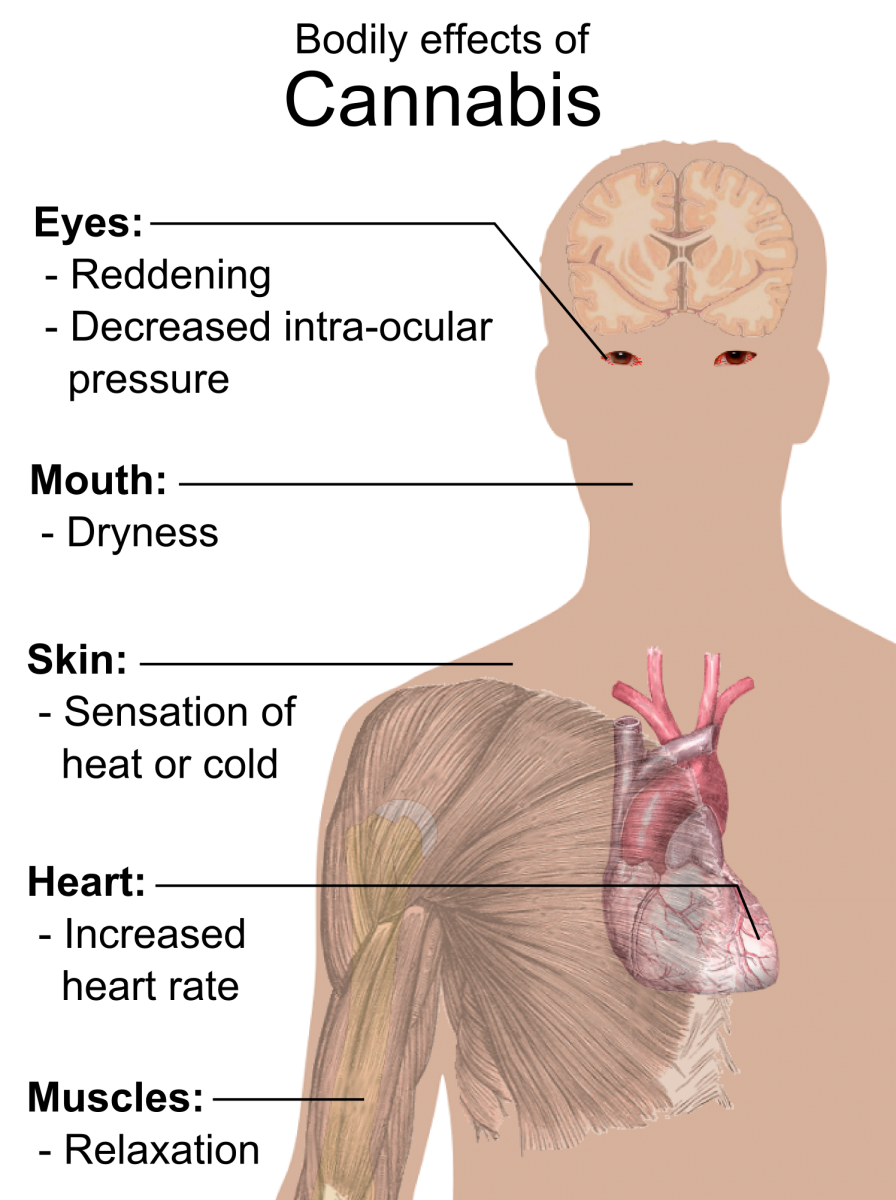 Taking pot can cause sexual problems for males, such as cutting down on sperm production, which can lead to difficulty conceiving a baby.

Smoking marijuana disrupts a woman’s menstrual cycle and can cause health problems during pregnancy. 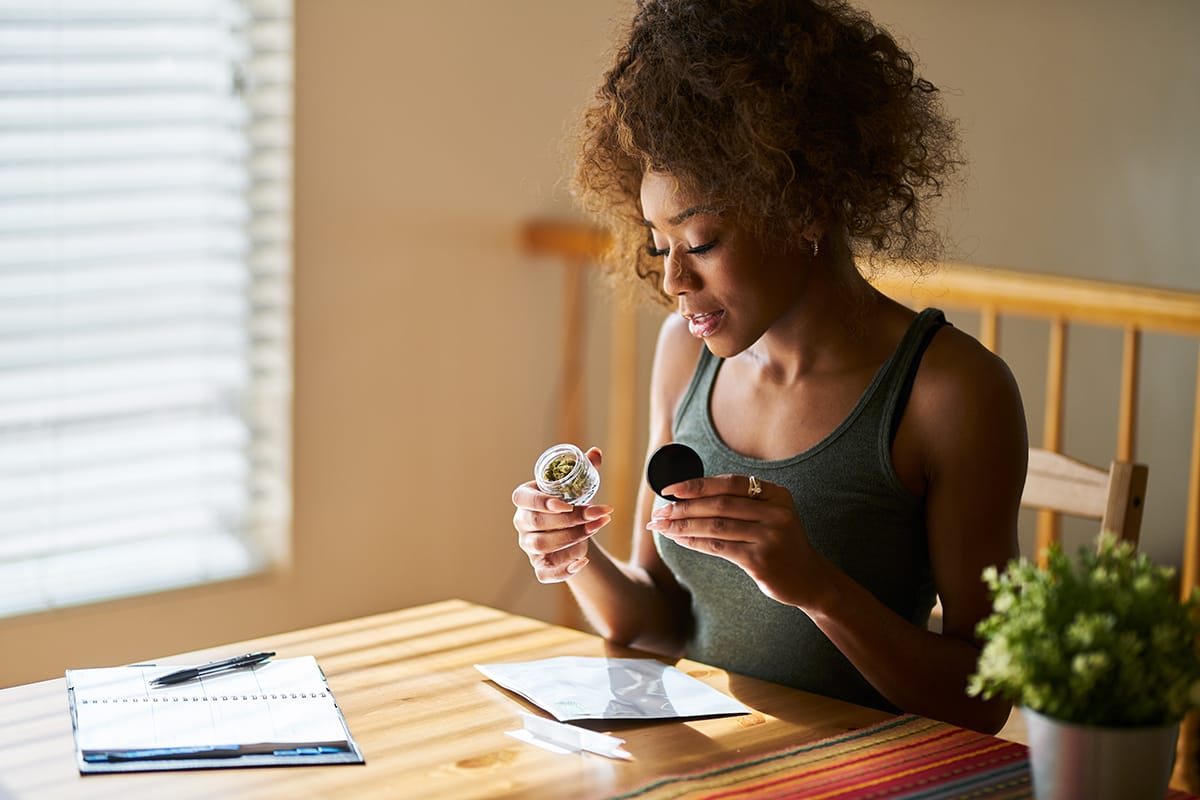 Effects Of Cannabis Product Use During And After Pregnancy

Smoking marijuana during and after pregnancy is unsafe for the baby and can cause serious problems with child development. In a research report about marijuana and pregnancy by NIDA, it was explained that “20% of pregnant women 24 years old and younger screened positive for marijuana. Additionally, in one study of dispensaries, nonmedical personnel at marijuana dispensaries were recommending marijuana to pregnant women for nausea, but medical experts warn against it.”

Of course, the potential harm can be done in utero, because THC passes easily through the placenta into the bloodstream of a growing infant. Also, THC is transferred in breast milk and passed to the baby during breastfeeding.

Take into account that the U.S. government’s medical institutions, such as National Institute of Child Health and Human Development, advises against the consumption of medical and recreational drugs during pregnancy and breastfeeding. On the other hand, if it’s necessary for a breastfeeding mother to take medical marijuana, it should be agreed upon between the doctor recommending its usage and the pediatrician caring for the infant. 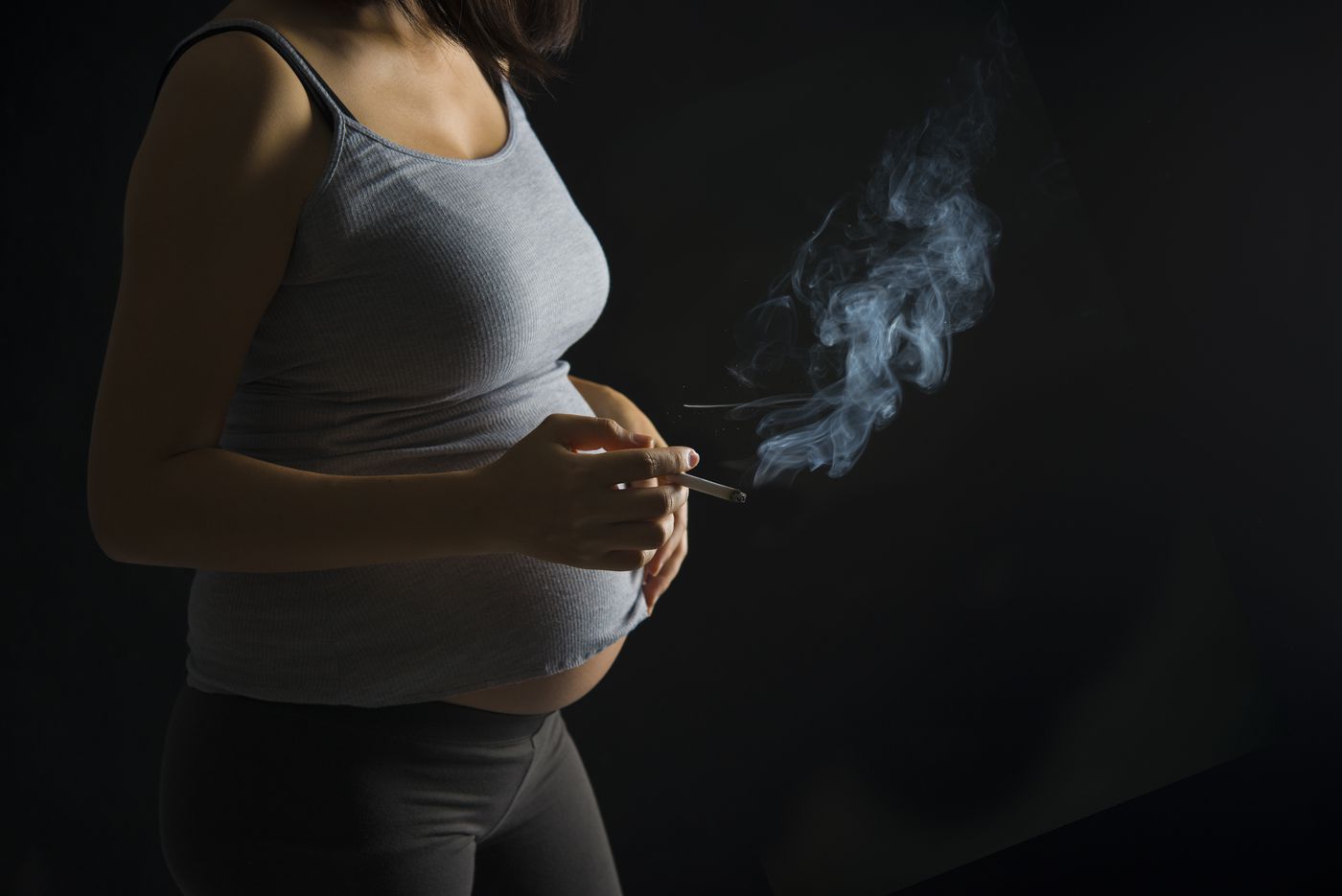 The consumption of marijuana during and after pregnancy causes such risks and problems with: 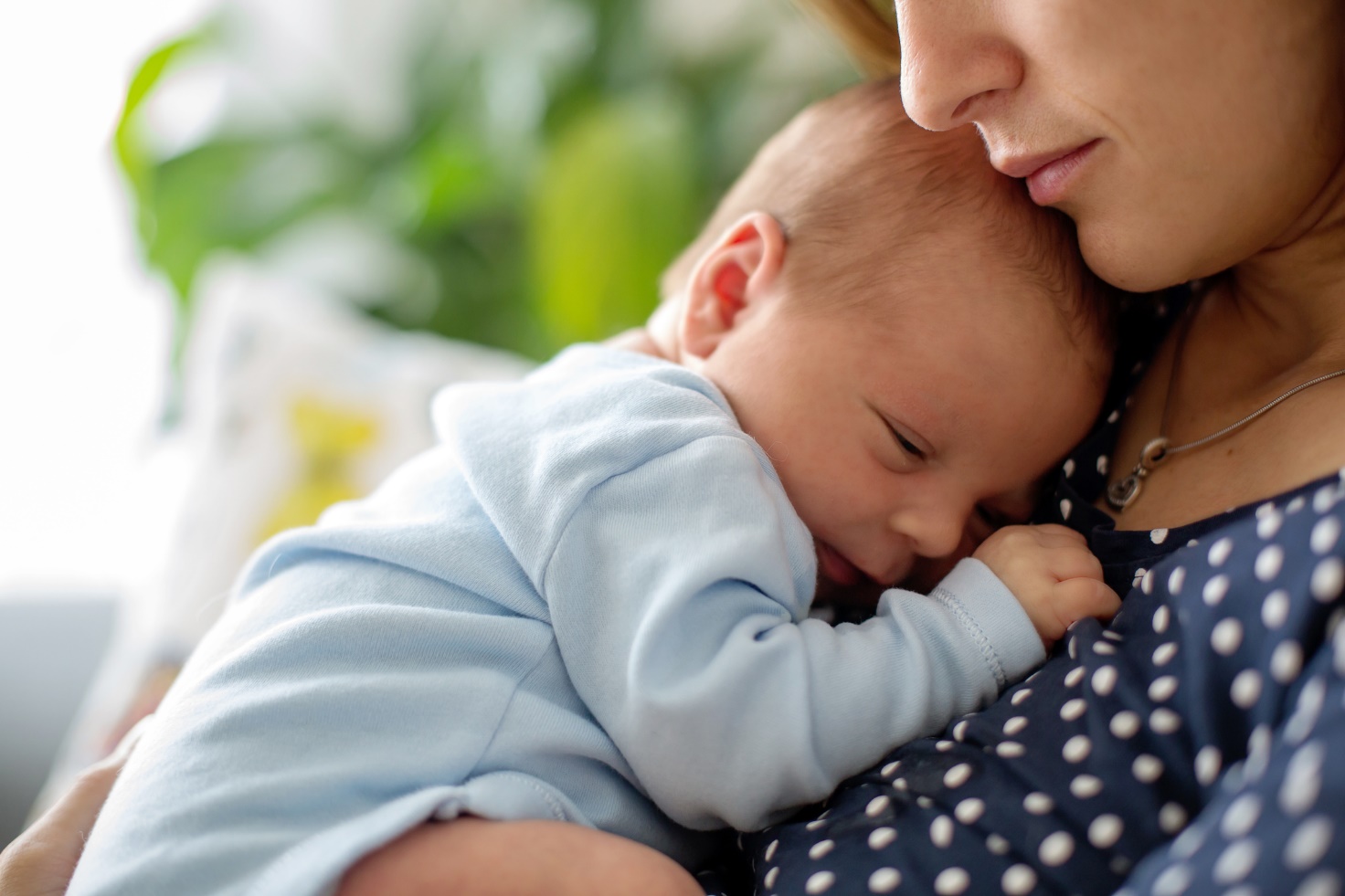 How Long Does Marijuana Stay In The Body

Besides the negative effect of marijuana use on human organisms, pot can also cause problems at work or even unemployment due to the necessity to pass a pre-employment drug test to determine the presence or absence of precursor chemicals in the human body.

Cannabis products generally stay in the bodily fluids from one to thirty days after the last usage. Along with other drugs, marijuana can be detected in hair for several months. So people need to take into account the effective ways to prepare for and pass a drug test to avoid possible consequences of failure.

The period of time drug toxins stay in the body depends on various factors: 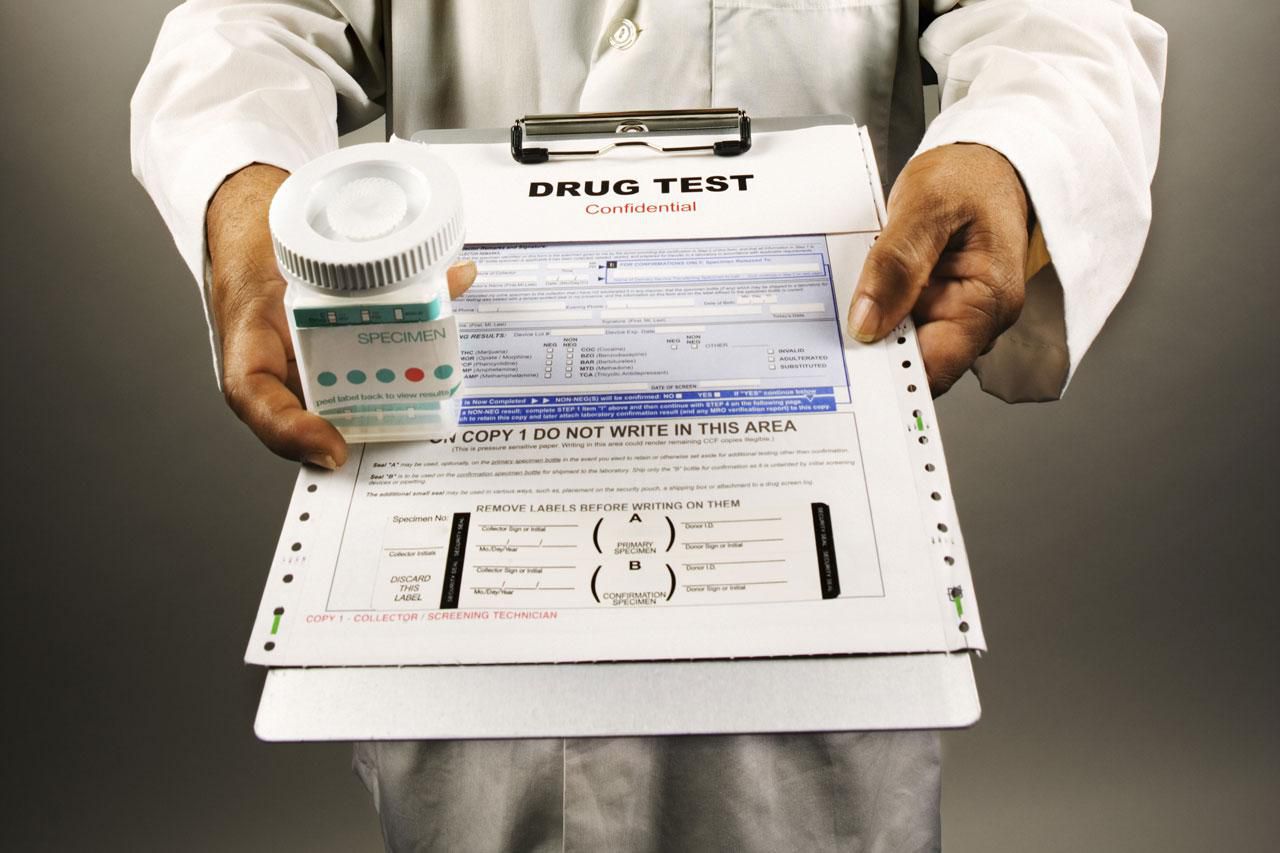 With marijuana legalization in 11 states in the United States for adults over the age of 21 and its legalization for medical usage in 33 states, a lot of people forget that pot is still a drug which can be harmful and lead to drug addiction, even though it can be useful for pain control.

Of course, when we talk about the effects even of traditional medical drugs, they have two sides.

The benefits of medical marijuana usage:

On the other hand, cannabis-based medicine has a negative impact on: 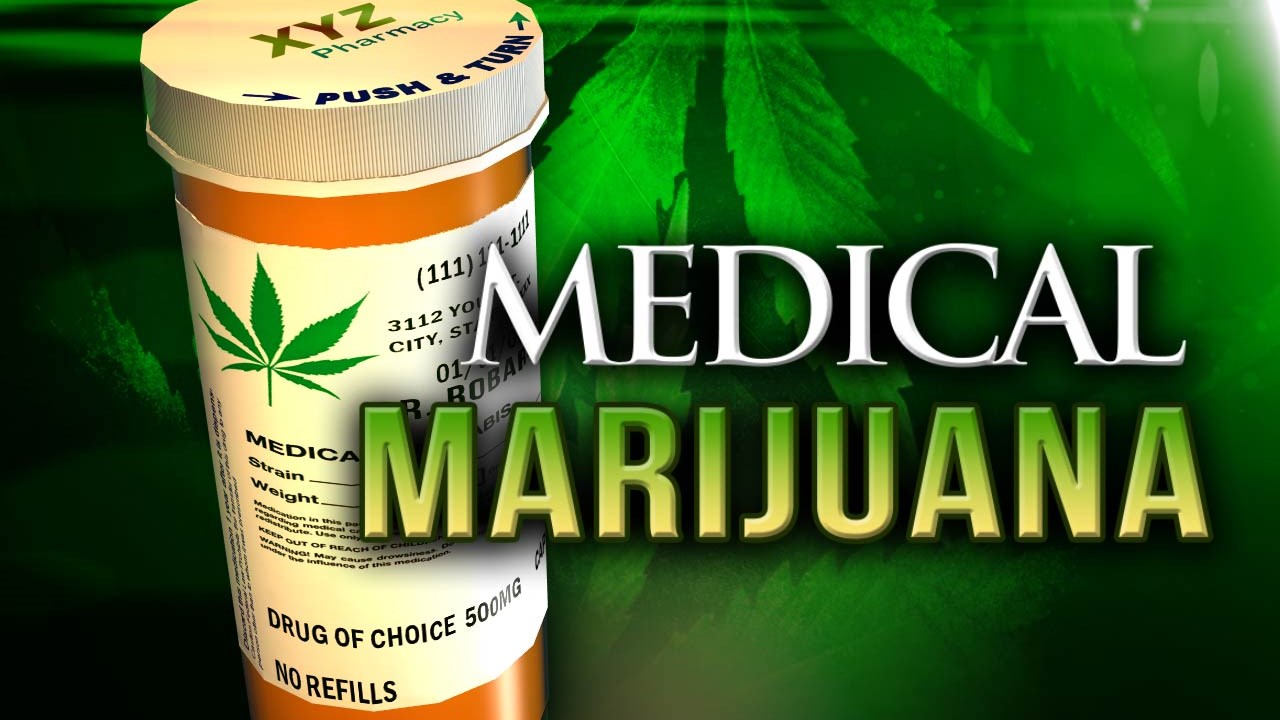